Ok, so I started this project this year where I set out to learn 25 new songs by other people.  I called it “Speak To Me” because I am learning songs that speak to me, because I want your feedback about song suggestions, and because every song has something to teach me.  Fun stuff!

For Volume 1 I chose “Ain’t No Mountain High Enough” by Ashford and Simpson, originally recorded as a duet by Marvin Gaye and Tammi Terrell.  I developed an interest in Tammi Terrell after hearing a piece about her on NPR…she was so young when she recorded this song with Marvin Gaye!  Her life was tragically cut short at the age of 25.

I love this song because it is soulful and it has a positive message, it’s a toe-tapper, and an easy one to get folks singing along.  This song taught me some cool new chordal changes.  I had never explored walking down chromatically over the 4 chord… I had only tried that on the 1.  Super funky!

Posted under: News, Speak To Me, Videos by Beth 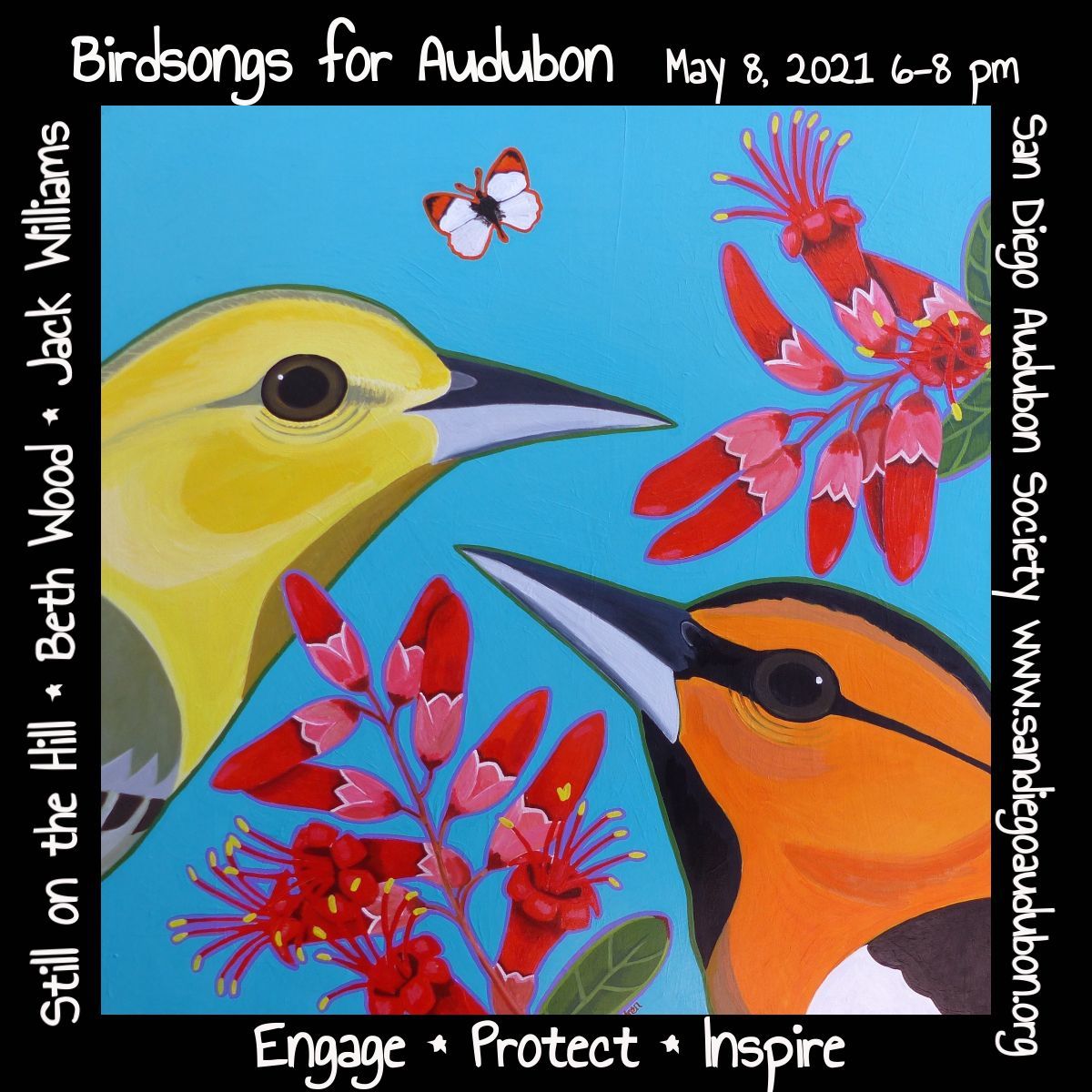 Birdsongs for Audubon – A Livestream Concert