I’m so thrilled that a dream of mine is coming true!  On Saturday, the Caldera Songwriters Group is putting on a concert/benefit for the Egan Warming Center here in Eugene!  Profound thanks to my awesome songwriter friends, Tsunami Books, Ninkasi Brewing, KLCC, KRVM, the Eugene Weekly, and the Eugene-Register Guard!!  Here are the details…

WHO: The Caldera Songwriters Group is a collective of Eugene area songwriters who gather monthly to share songs, feedback, support, soup, and good company.
WHAT: Caldera Songwriters Group Concert: An Evening of Community and Song to benefit the Egan Warming Center.  Performances by Jeffrey Martin, Melissa Ruth, Daniel Heila, Laura Golden, WJ McEachern, Left Turn Only, Ken Zimmerman, Della Perry, Sean McGowan, Peter Newman, Curt Masterson, Michael Kevin Daly, and Beth Wood.  Beer provided by Ninkasi Brewing through their “Beer Is Love” Sponsorship program.  $5 suggested donation at the door.  We are also requesting donations of clean, warm hats, gloves, blankets, coats, sweaters, toiletries, pillows, socks.
WHEN: Saturday, Dec 22 at 7 pm
WHERE: Tsunami Books, 2585 Willamette St., Eugene, Oregon 97405, 541-345-8986.
WHY: to benefit the Egan Warming Center and celebrate our vibrant community! The Egan Warming Center is a coalition of community members representing service providers, nonprofits, faith and social activists communities and local government who have come together since 2008 to ensure that homeless people have shelter during extreme cold weather. Named in honor of Major Thomas Egan, a kindly gentleman who froze to death during a cold spell in 2008, the Warming Center mission is simple: to ensure that homeless people in Lane County have a place to sleep indoors when temperatures drop to 30 degrees or below between November 15th and March 31st.

Posted under: News by Beth 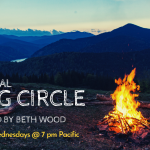