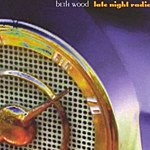 LNR features full-band production and was produced by Don McCollister (Indigo Girls, Sister Hazel) in Atlanta. This is an eclectic mix of rock, blues, folk, and soulful singing. It is a continuation of “New Blood”’s full-spectrum swing from acoustic to full-out rockin’. Beth is proud of this effort, and she considers it her musical declaration of independence. This is Marty’s favorite, he likes it when she rocks out.

My eyes see double
That must mean trouble for where I been
Show me a sign, shine for me lover
And I will uncover you over and over again

My Miles Davis 'Kind of Blue'

I get into the car, slam the driver’s door
Cause I won’t take this shit no more
Who do they think they are to talk to me like that
I’ll be in a better state in seconds flat

If you add up all the things that have managed to allude me
You’d think I won some kind of reverse lottery
But I got this wind in my hair, got the moonlight on my face
Put some distance between me and this old place

I’ve got preachers and salesman and old crooners’ sorrow
I’ve got jazz that just would not sound right in the light
I’ve got low, soothing voices saying sunny skies tomorrow
Your best friend is on the console in the middle of the night

This bottle of wine sure tastes fine
But it might as well be called time-travel
Cause yesterday, you know, is where I go
When I come unraveled

Grenadine, he says that I’m so damn sweet
He says I’m gonna rot out all of his natural teeth

You smile when the awkward question comes
Whatcha gonna do about it
The sharp, cold tinge of escape
Lingers in a cloud that is your breath

Guilty, you’re as guilty as you can be
Guilty, now your conscience will set you free

Ghost of a Man

I don’t make no plan

I’m a ghost of a man

Some folks waste their time
Not knowing what it’s worth
Most folks wish they had
More time here on this earth
Me, I know I got much
More than I deserved
I don’t make no plan
I’m a ghost of a man

Turned around to walk away
Stepped on a rusty nail
Had a feeling I could not shake
A feeling of betrayal
You keep your soldiers in a line
Cross your T’s and dry your eyes
Turn around, face something real
Rusty nail is all you feel

If you need some time to acclimate
I understand, I’ll just wait
I was wondering if it might not be too late
To get my poster signed
Cause you’re still there in the hero’s almanac
Next to Kennedy and Kerouac
Just so you know I’d never turn my back on a hero of mine